As an Independent Public School, Harrisdale Primary’s School Board has a strategic role of setting the long-term direction for the school and maintains oversight (not management) of the School Business Plan.

The School Board does not:

It is not about running the school – that is the job of the Principal – but rather, providing additional expertise to help the school achieve the best outcomes for students. The role of the School Council (board) is outlined in the Education Act 1999.

The Harrisdale Primary School Board consists of 11 members that each bring experience as parents, educators and/or community members. Parents are welcomed to contact Ben Foster, Board Chair

The Harrisdale PS Board welcomes your input into our school. If you wish to contact the Board Chair and School Principal please use the below form. 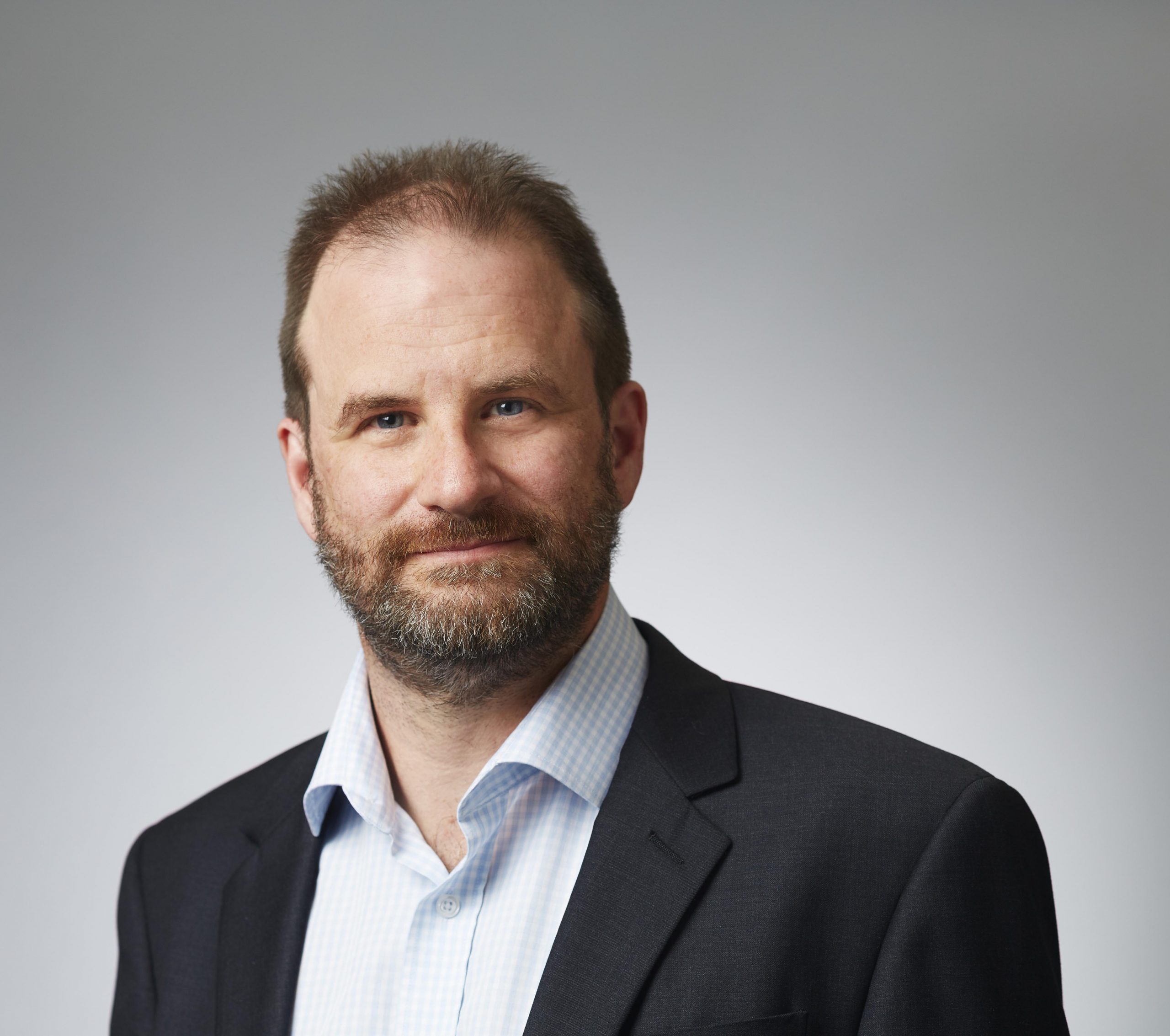 A bit about me, I live locally and my daughter Hannah and son Fletcher attend Harrisdale. My family is committed to the area and we are all excited about how the school is developing and the role it will play in how our young community develops. I welcome the opportunity to help the school develop into the shining light at the heart of our community that the students, parents and staff want it to be.

Professionally I am a Chartered Accountant working for an Aged Care organisation so I have some experience with government departments and the uncertainties that can unfortunately exist around government funding. I also completed my MBA with Curtin in 2011 and believe these skills could allow me to be an effective contributor on the school board.

Personally I believe strongly in the power of education and the importance of strong, well run and well- funded public schools to deliver the best educational experience and equip children to take advantage of the opportunities that life will present to them.

Opening a new school is an enormous challenge, but also a tremendous opportunity and I welcome the opportunity to help the school develop the strategic direction necessary to achieve the vision that Karen and the rest of her team have set out already. 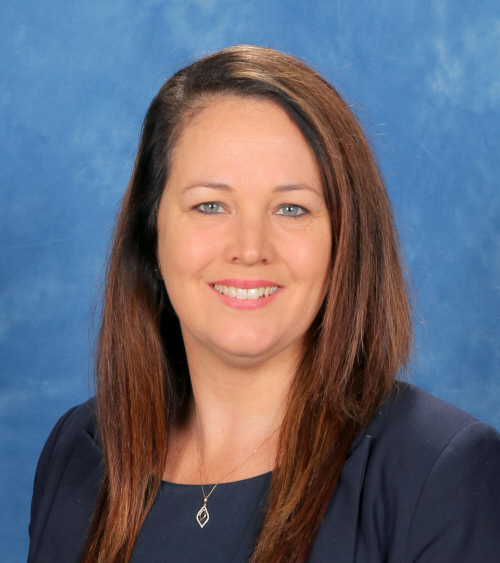 Having worked in the Education Department for the past 9 years, I feel very fortunate to have been chosen to work at a school that strives for excellence and achievement from both staff and students. I have strong established administration and financial skills, having spent many years working in the private sector for companies such as Westfield. Having two High School aged children, I was actively involved in their Primary School both through the P&C and School Board. I look forward to working with the School Board as we continue to grow as a community. 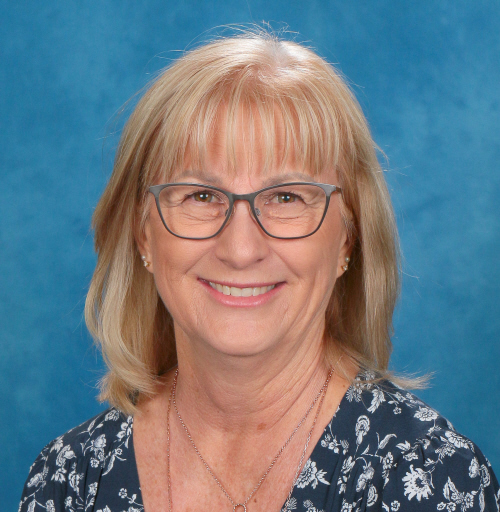 As a child, I can’t remember ever wanting to be anything else other than a teacher and here I am many years later, living my childhood dream on a much larger scale than I ever would have believed possible. It is such an honour for me to win the position of Foundation Principal, Harrisdale Primary School and I look forward to leading this school to become a highly successful and high care school.

Graduating from the West Australian College of Advanced Education- Churchlands campus in 1981, I began teaching in 1982 and have worked in a variety of educational settings over my thirty six year career. I have taught in rural schools in the Pilbara and the Wheatbelt, and in metropolitan schools. I have taught a range of year levels from Kindergarten to Year 7.
Over the years, I have also worked in Central Office, Regional/District Office and WestOne K-12 Curriculum Services in the area of curriculum leadership.

I have been very humbled in my tenures as principal to be :

My leadership of Harrisdale Primary, is a great honour. We have a highly supportive community and one that greatly values education. Whilst we hold the title of currently being the most rapidly growing primary school in WA, we can more importantly, hold our head up high and proudly announce, that we are a school that puts students and learning at the centre of all that we do and that we continually strive to develop the unique potential in each and every child.
My leadership has focussed on three pillars of:

Respectful relationships, care and compassion are at the core of my leadership style. If you see me out and about, be sure to say hello.

My goal is for Harrisdale Primary School to be recognised as an excellent school, characterised by high student performance and high care.

I look forward to continuing to work with our school community to achieve this goal. 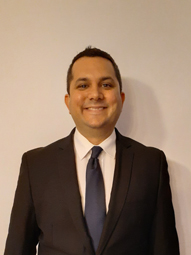 I want to be on the School Board because I want to help ensure our school is the best possible place for our children. My son graduated year 6 in 2020 and I have a daughter in year 6 and a daughter in year 2. I have a lot of Board experience and I have been on our Harrisdale Primary School Board for 5 years. I have a Bachelors Degree in Business Management and an MBA as well as a lot of experience managing large projects. I am the President of another Non-profit and I have a good working knowledge of Board governance and financial management. I want to help our great school continue to thrive. With 14+ years of experience in engineering and Project Management in Oil and Gas and Mining industries, I am ready to be involved in the HPS School Board, where my technical expertise and operational knowledge will add value to the school. I have a strategic approach in executing projects successfully and achieving business objectives such as increasing profitability, removing waste and increasing productivity.

Recently, I completed an Executive MBA through Melbourne Business School to enhance my business knowledge. My experience and qualifications (B.Eng, MBA and PMP) put me in a positive position to contribute to the School Board and achieve its mission and goals. I am well regarded for my leadership and my ability to demonstrate ethical behaviours in achieving business objectives.

I am particularly drawn to this opportunity as I would like to apply my knowledge, skills and experience to make HPS a highly successful school within WA. I believe that HPS is shaping the future of our community by providing start of the art education facilities and staff to our children. 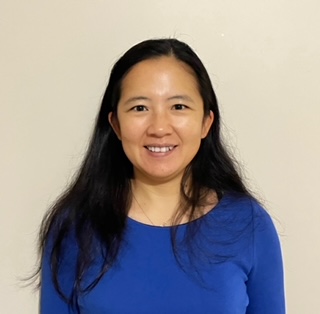 VIEW PROFILE
My name is Lilian and I have two children attending Harrisdale Primary School, Alison in Y2 and Paul in Pre-primary. We have lived in the area for the last 11 years and have seen the community growing over the time. It’s a place we are happy to be in and are committed to. I am a full time carer for my kids with one of them having additional needs. Prior to having kids I was a Human Resource lead for an oil and gas service company and with experience in that field for over 14 years. I have also worked in different countries with multicultural teams. I have completed a Masters in Human Resource Management and other professional training in the past. And I am currently studying Cyber security to explore a new opportunity with a balance between my career and having a family. My work experience over the years has helped me to build skills including but not limited to problem solving, critical thinking, leadership, team work and adaptability.
As a Mum, I am interested in preparing my kids for the future through education. I am looking forward to the opportunity to work with school and all stakeholders to make Harrisdale Primary School  the best place for our kids to grow and serve the community. 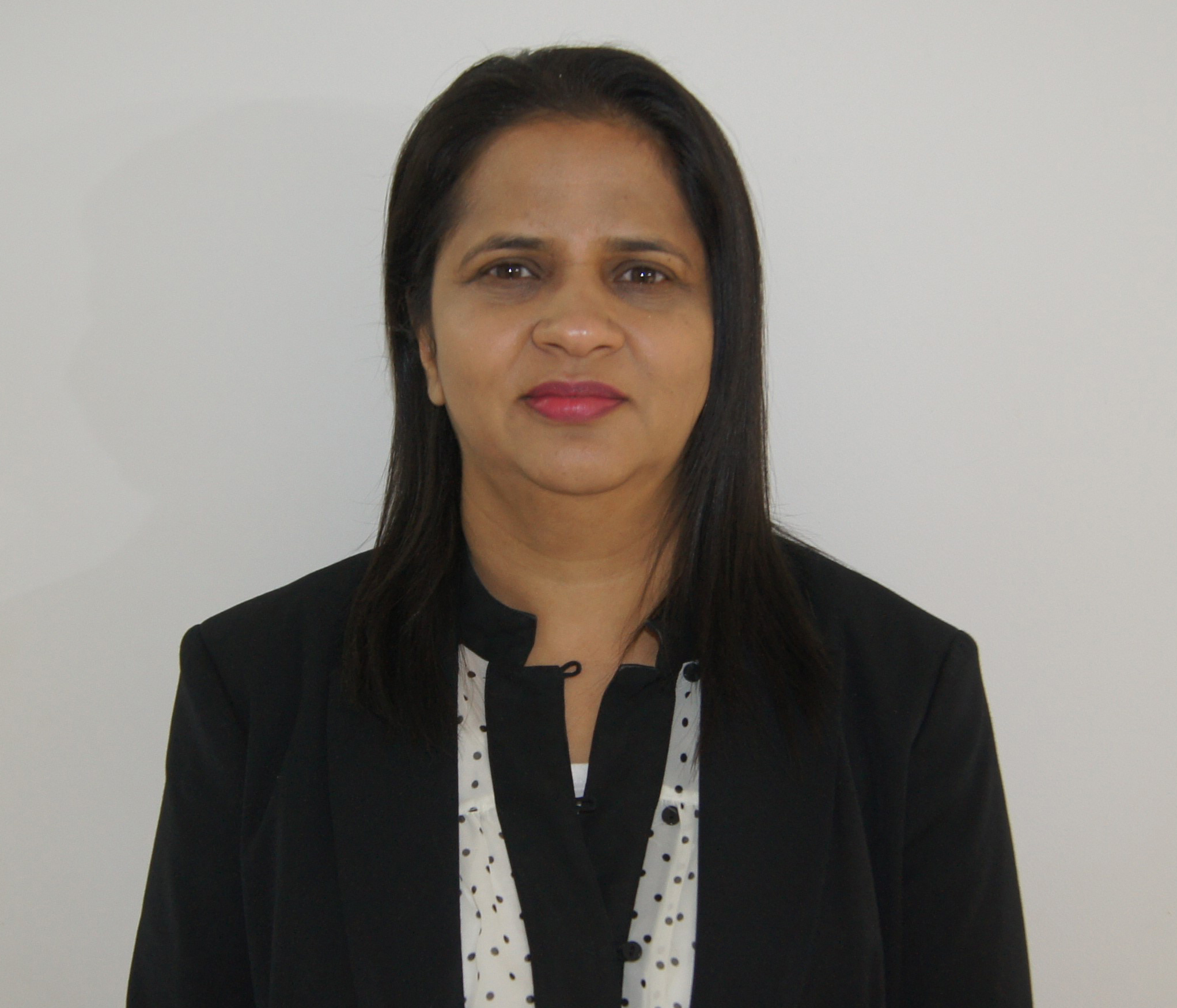 VIEW PROFILE
I am an enthusiastic, organised & results oriented professional. I am working in public sector for over 12 years. I have recently finished my Law degree and I am admitted to the Supreme Court of WA. I also hold a degree of Master of Business Administration.
I have a passion to promote local schools in the community and take part in establishing and reviewing the school’s objectives, priorities, and general policy directions. To achieve these, I would like to engage myself in a multicultural and close-knit community where I can provide my expertise and experience as a professional and a parent. 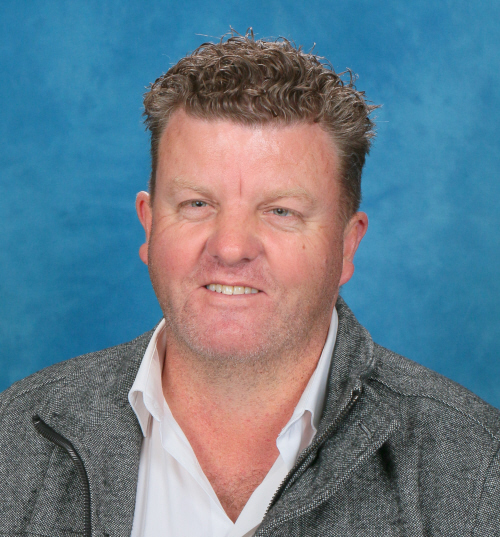 Hi, my name is Miles Kemp and I currently teach Year 3 at Harrisdale Primary. I started working at Harrisdale PS in 2019 after spending 15 years teaching at various Independent and Government schools. It’s fantastic to be involved in a dynamic and well-structured school that has student learning at the centre of all that it does. I look forward to being an active and collaborative member of the School Board during my time and I hope to make an impact on the future direction of Harrisdale Primary. 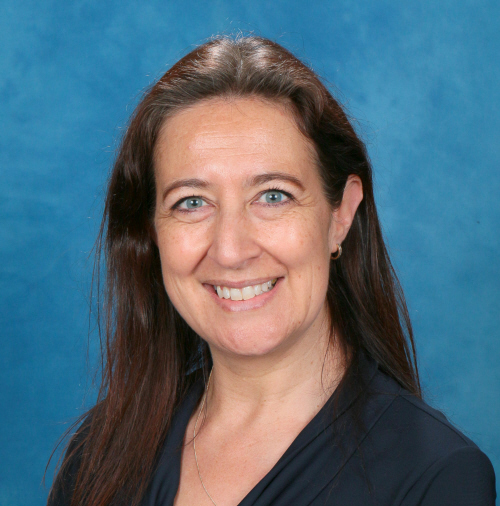 VIEW PROFILE
Hi, my name is Ella Selfe and I currently teach Year 1 at Harrisdale Primary School. I am a foundation staff member, initially employed as a Special Needs Education Assistant whilst completing my teaching qualification, I am now entering my third year of teaching. I am so grateful to be a member of such a dynamic, collaborative and supportive community where students are the centre of all that we do. I am passionate about teaching in the Early Years and feel privileged to be able to contribute to ensuring every child is provided with the skills and foundation to succeed academically, socially and emotionally. I have seen the school grow and adapt over the years and look forward to participating as a member of the Board to assist in the decision making that will shape its future development. 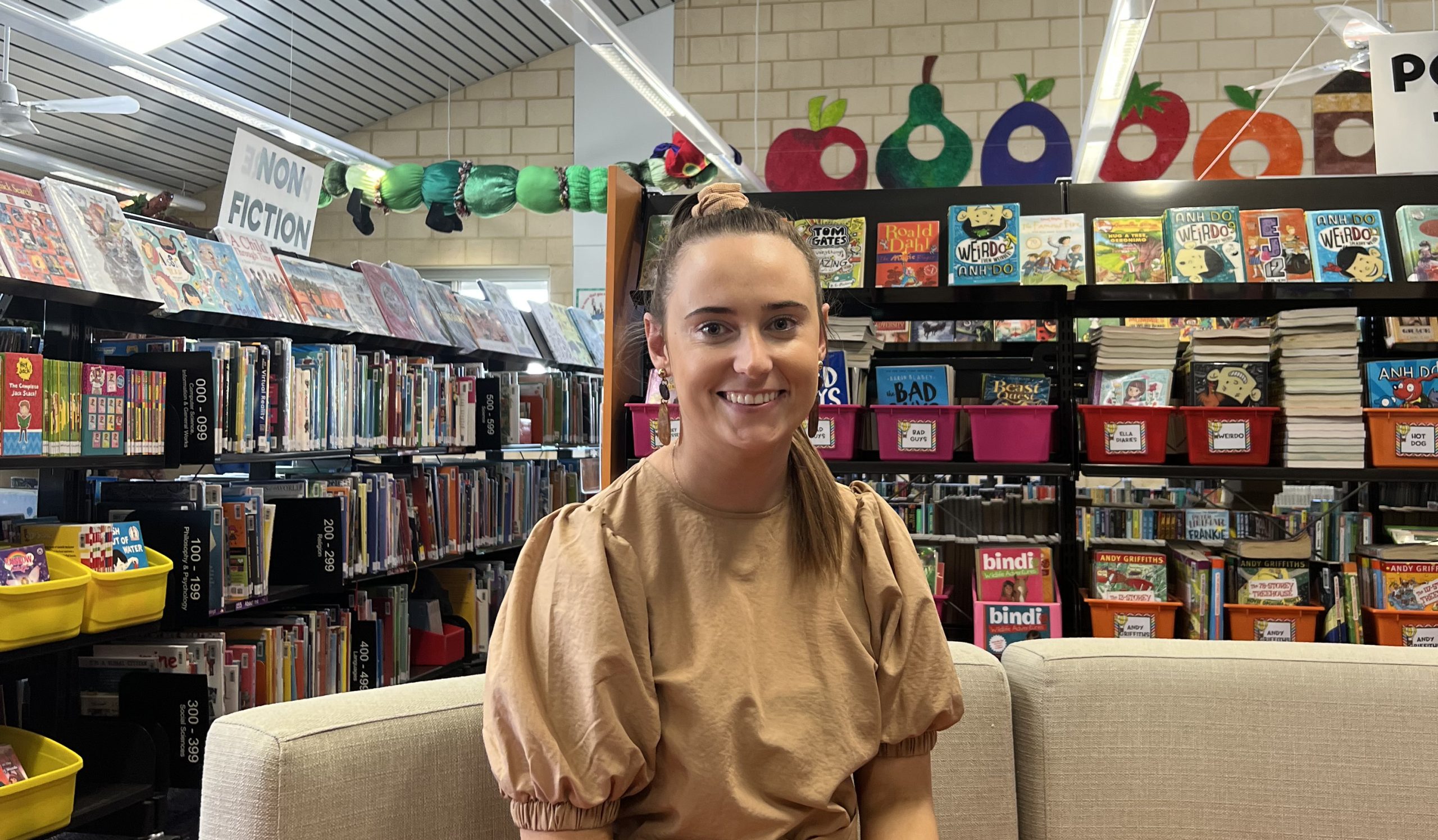 My name is Nicky Grandidge and I am currently teaching Year 1 at Harrisdale Primary School. I have been teaching for six years and have had experience in several diverse schools, teaching primarily years 1-3. I am passionate about building strong foundations in the early years and instilling a love of learning that children will carry throughout their schooling. It is a privilege to be a member of the collaborative school board at Harrisdale Primary School and as a local resident, I look forward to bringing a community voice as well as my teaching experience to assist in ensuring that we continue to provide the best outcomes for our students.